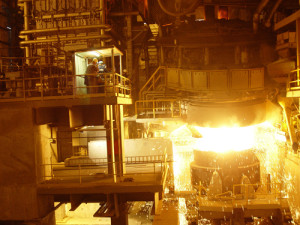 The National Agency for Investment Development (ANDI) and a Turkish company registered in Algeria as Tosyali Iron & Steel Industry-Algeria have signed an agreement to build a steel plant in Oran, 432km west of Algiers.
The cost of the plant is estimated at more than 13 million Euros.
The plant, to be completed in 2 years, will have a production capacity of 700,000 tons of steel per year, in the form of iron rod and rolled iron.
The plant will ease the pressure on the country’s treasury as it will reduce by 40% the iron importation expenditures, and spare thus the country the equivalent of $300 million.
The saved money could be channelled to other development projects in the country. The project will also promote the transfer of know-how in the sector between the two partners and will create jobs for Algerians.
About Geraldine Boechat 2064 Articles
Senior Editor for Medafrica Times and former journalist for Swiss National Television. former NGO team leader in Burundi and Somalia