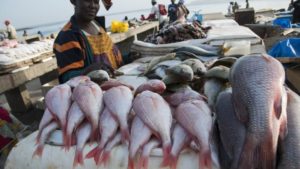 The African Development Bank (AfDB) has announced that Mauritania, Senegal, Seychelles and Guinea have applied to join the Fisheries Transparency Initiative (FiTI), to promote more responsible and sustainable fisheries.

The multi-stakeholder initiative according to the Bank, aims to increase transparency and participation in fisheries governance.

For the four countries, this accession is expected to boost investment through the publication of fisheries sector information.

The AfDB Group is helping its regional members gain the maximum benefit from their fisheries resources, particularly through initiatives promoted by the African Natural Resources Centre (ANRC).

An independent evaluation is expected to validate Mauritania, Senegal, Seychelles and Guinea‘s candidacy.

According to Greenpeace, poor government communication and coordination is hurting Africa’s ability to combat illegal fishing, costing it billions of dollars each year in the process.

Countries such as Senegal, Sierra Leone and Mauritania are missing out on vital income because of the masses of fish taken from their waters, it said.

The region loses an estimated $2.3 billion annually to illegal fishing, according to a recent study by Frontiers in Marine Science.