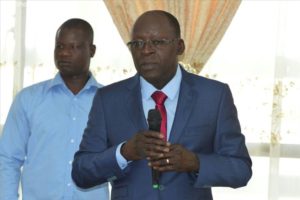 The funds will be released under the 2018 Public Investment Program (PIP), the minister said.

According to the official, special emphasis will be placed on water supply in rural communities; the construction of a 120-megawatt Maria Gleta power plant and digital projects.

Benin’s President Patrice Talon who came to power last year, promised to turn the cotton fortunes of his country around by the end of his five-year term.

The government has committed to create in the long term 500,000 jobs and build 20,000 social and economic housing units. Moreover, four million Beninese will be covered by a universal health insurance.

The tiny West African nation plans to bring down its budget deficit to 1.9% of its gross domestic product (GDP) in the next two years, from 6% in 2016.