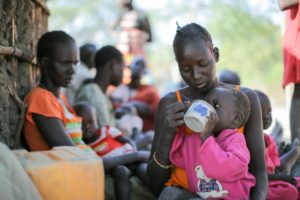 The United Nations on Friday launched a record humanitarian appeal for $22.5 billion aid to assist about 90.1 million war-victims in Africa and Middle East in 2018.

According to the UN, needs are rising substantially in Burundi, Cameroon, Central African Republic, Democratic Republic of Congo, Libya, Somalia and Sudan, and remain exceptionally high in Nigeria, South Sudan, the Syria region and Yemen.
Overall, 136 million people across the world will need humani-tarian assistance and protection. The overall number of people in need is more than 5% higher than in 2017, a UN document stated. The cost of the response plans sets a new record, about 1% higher than at the start of 2017.

In 2017, humanitarian agencies reached tens of millions of people in need, saving millions of lives, and donors provided record levels of funding to Humanitarian Response Plans – nearly $13 billion by the end of November 2017.

In 2018, needs will fall in some countries, but still remain sig-nificant, including in Afghanistan, Ethiopia, Iraq, Mali, and Ukraine.

In March, the UN humanitarian chief said the world faces the largest humanitarian crisis since the United Nations was founded in 1945 with more than 20 million people in four countries at risk of starvation and famine. This mostly is not a result of natural causes, but rather war and economic col-lapse, he said.