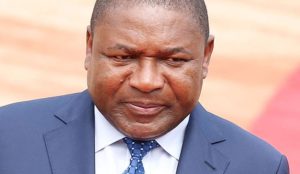 Mozambican government will slash benefits for some top officials of the government to save a total of $120m next year, Finance Minister Adriano Malaeiana said.

According to Malaeiana, official vehicles and free housing will be the main target areas. The government was opting to rent accommodation for officials and also give them allowances to spend on other key resources they may need.

In June, the Mozambican parliament has purchased brand-new cars for its leadership at an estimated cost of $3.8 million.

The 18 luxury Mercedes Benz saloon cars are for the top ruling party and opposition MPs who make up the parliament’s governing board, known as the Standing Commission, according to the BBC.

The purchase has, however, sparked online outrage within the country.

Mozambique’s public debt has gone from 40% of gross domestic product (GDP) in 2013 to around 120% now, the Governor of the Bank of Mozambique said.

Earlier this year Mozambican officials have launched an investigation after an audit raised questions over $500m of secret government loans. The audit, by forensic accountants Kroll, revealed the $500m gap from a total of $2bn in loans.

The audit found that three firms linked to Mozambique’s defense and intelligence services had borrowed $2bn to buy maritime surveillance equipment and vessels, in 2013 and 2014.