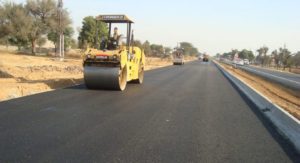 Cameroon and Congo have inaugurated the first one Stop Border Post (OSBP) of the Economic Community of Central African States (ECCAS).

According to the ECCAS commission, the post will facilitate trade between the two states and strengthen the process of regional integration in Central Africa.

Speaking to the media, Marie Thérèse Chantal Mfoula, the head of the ECCAS delegation expressed her deep satisfaction to the governments of Congo and Cameroon, for having taken this challenge of the construction of the single border control post, the first of its kind in the region.

The border post was constructed over 21 months for a total cost of 4.36 billion FCFA. The control is provided by the company Cira Ingenieurs Conseils under a contract worth 563 million FCFA.

The project includes the Ketta-Djoum road development project (more than 100 km), and the facilitation of transport on the Brazzaville-Yaoundé corridor (504.5 kilometers), whose work is financed by the African Development Bank (AfDB).

According to the two ECCAS members, these projects will contribute to strengthening regional integration by facilitating the movement of goods and persons in Central Africa in general and between Cameroon and the Congo in particular.

It will also improve the living conditions of the population, by facilitating their access to basic social services and reducing poverty, through the revitalization of agricultural, mining and tourism activities, the bloc said.