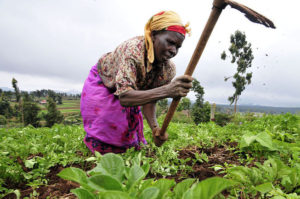 African women have little or no access to land and the means of production, a report released by Oxfam on inequality said on Monday.

According to Oxfam, the balance of power within families and society often limits their control over these assets.

“Widows do not enjoy the same inheritance rights as widowers, women are often harmed by men around them,” they report said.

In this connection, the second ordinary session of the ECOWAS parliament, in December, sought solutions to this challenge, under the theme; promoting gender equality in agricultural investments on the continent.

The ECOWAS, OXFAM, and the Food & Agriculture Organization say they want to enhance policies, with special attention to the need to close the gender gap in access to land.