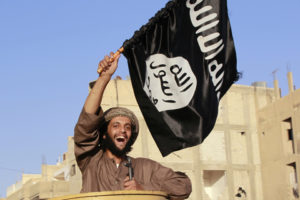 The United Kingdom has warned of a threat of attacks by Islamists on foreigners in South Africa following the kidnapping of two British nationals.

According to a statement posted on its website, Britain’s Foreign Office said the main threat was from Islamic State.

The British couple, who live in Cape Town and have dual British and South African citizenship, was kidnapped on Feb. 12 near the Bivane dam in the small town of Vryheid.

It said terrorists were likely to try to carry out attacks in shopping areas in major cities and recalled that news reports suggest that a number of South African nationals had travelled to Syria, Iraq and Libya and were likely to pose a security threat.

South African police said a ransom has not been demanded, and investigations have not revealed so far any links to terrorists.

No attack followed a similar warning by Britain and the United States in June 2016. The southern African nation has so far been safe from jihadist attacks.