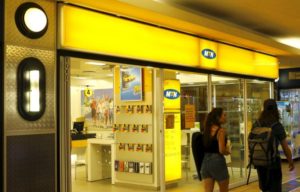 MTN Group, Africa’s biggest mobile-network operator by sales, said it returned to profit in 2017 with earnings totaling 3.3 billion rand, or 182 cents per share, in 2017, compared with a loss of 77 cents per share, a year earlier.

MTN suffered its first-ever loss in 2016 after a fallout from a $1 billion fine in Nigeria was compounded by slack earnings in its biggest markets.

In a statement released on Thursday, the group said its revenue rose 7.2 percent to 124 billion rand, due to strong performance in Nigeria, its largest market with a quarter of its subscribers.

The Johannesburg-listed company said it would pay a total of 700 cents in dividend payouts for the year, unchanged from the previous year.

The group finished the year 2017 with 217.23 million subscribers from 240 million a year earlier. The drop according to the company is based on updated definitions, of which 69.1 million used data services and 21.8 million mobile money services.