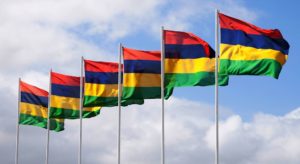 The Indian Ocean Island Mauritius has celebrated its 50th year of independence on Monday with fireworks amid the resignation of its first female president of the republic.

The Monday celebrations came amid financial scandals where the island’s female leader Gurib-Fakim is accused of using a platinum credit card given to her by an NGO to buy jewelry for about 280,000 rupees ($8,218), along with more than 510,000 rupees ($14,969) spent on clothes in Dubai’s duty-free area, and a purchase at an Apple store in Washington, DC.

The scandal has rocked an island trying to differentiate itself as a model of good governance and transparency. The international community has fawned over Gurib-Fakim since she became Mauritius’s first woman president in 2015.

The island, which has one of the best economies on the continent, has for the fifth year in a row, finished top of the Ibrahim index of African Governance.