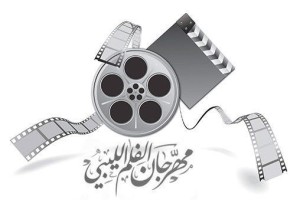 The Libyan Movie Awards, the first of its kind, organized by the European Union in partnership with the Italian Cultural Institute and NGO Libya, has begun at the Mahari/Radisson Blu hotel’s theatre. The 3-day film festival will showcase the works of Libyan filmmakers.
A film competition for young filmmakers has been organized to encourage the youth to take up the art as a carrier. Project Manager for Libya, Aya Al-Amead, was amazed by the interest and the participation of the “young filmmakers from all over Libya.” During the festival, participants will be attending workshops on filmmaking. Al-Amead urged for the need to organize more of such events. Khaldoun Sinno, the European Union Chargé d’Affaires also appreciated the interest the festival has generated. He pointed out that the “film competition is a great way of showing EU’s support for culture and something fun beyond our traditional assistance.”
The competition between the young filmmakers seems to be the center of attraction. One of the main objectives of the competition is to build a Libyan film industry by recruiting talented young Libyans. It is also seen as a platform to present social issues the country is facing after the revolution. Prize-winning films from the competition will be shown in the afternoons and professional equipment will be awarded to the winners to help them produce quality work and boost their career prospects.
The festival will also be featuring short films from North Africa, the Middle East and Europe, including award-winning movies from the EU-sponsored ‘Made in Med’ film competition. Movies such as ‘When Marriage Becomes a Punishment’ by the Moroccan Nadir Bouhmouch, Italy’s Antonio Martino’s ‘At The Regime Border’ will be featured among other European Short Movies.