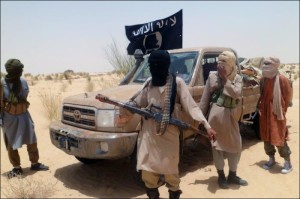 The Security Council unanimously adopted on Thursday a resolution renewing the mandate of the UN Mission for the Referendum in Western Sahara (MINURSO) for twelve months and reiterating calls to achieve a political solution to the long-standing Western Sahara dispute as an enhanced cooperation between the Member States of the Maghreb Arab Union would contribute to stability and security in the Sahel region.
The MINURSO mandate has been regularly extended since the mission was deployed in 1991 to monitor a cease-fire between Morocco and the Algeria-backed Polisario separatist front.
This year however, the renewal did not go unnoticed and stirred heated debates as a first draft resolution prepared by the U.S. ambassador to the UN, Susan Rice, sought to give MINURSO a mandate to monitor human rights in the disputed territory and in the Polisario-run refugee camps in Tindouf, south-western Algeria.
The draft text was immediately turned down by Morocco and the country’s King threw all his weight to force Washington to back down. Most members of the Group of Friends of Western Sahara (France, Russia, Spain, UK and US) voiced strong opposition to the draft and have seemingly decided, while discussing the matter, that the issue needed to be worked out between the US and Morocco.
According to press reports, consultations at the highest level were actually held between Morocco and the United States and finally resulted in a compromise. The text excluded any new MINURSO prerogatives or human rights monitoring, but just encouraged the parties to continue in their respective efforts to enhance the promotion and protection of human rights in Western Sahara and in the Tindouf camps.
While stressing the importance of improving the human rights situation in Western Sahara and the Tindouf camps, the resolution recognized and welcomed “the steps taken by Morocco to strengthen the National Council on Human Rights Commissions operating in Dakhla and Laayoune, and Morocco’s ongoing interaction with Special Procedures of the United Nations Human Rights Council, including those planned for 2013.”
The resolution also reiterated its call upon the parties and the neighbouring States “to cooperate more fully with the United Nations and with each other and to strengthen their involvement to end the current impasse and to achieve progress towards a political solution,” recognizing that “achieving a political solution to this long-standing dispute and enhanced cooperation between the Member States of the Maghreb Arab Union would contribute to stability and security in the Sahel region.”
This view was also expressed by the UN Secretary General Ban Ki-moon in a report to the Security Council earlier this month.
Ban Ki-moon had said that Western powers are concerned that Mali’s vast and lawless Saharan desert could become a launch-pad for international militant attacks and that all governments consulted “raised serious concern over the risk that the fighting in Mali could spill over into the neighboring countries and contribute to radicalizing the Western Saharan refugee camps.” One government called the situation in Western Sahara a “ticking time bomb,” Ban had said in his report.
Many commentators argue that the geo-strategic imperatives of the Maghreb and Sahel region call for a settlement of the long-lasting Western Sahara regional conflict, all the more so in view of the growing threat posed by Al Qaeda in the Islamic Maghreb (AQIM) and its affiliates which will probably seek new hides in the region after they were chased out from Northern Mali.
In view of these developments, it seems crucial that the UN, the Group of Friends of Western Sahara, and the parties to the conflict, mainly Morocco, Algeria and the Polisario, join efforts to invigorate the negotiations process. And as underlined in the just adopted resolution, the parties should “show political will and work in an atmosphere propitious for dialogue” in order to enter into a more intensive and substantive phase of negotiations, as “progress in the negotiations is essential in order to improve the quality of life of the people of Western Sahara in all its aspects” and as “the status quo is not acceptable”.
The personal envoy of the UN secretary General for Western Sahara, Christopher Ross, informed the Security Council that he will begin confidential bilateral discussions with the parties and neighbouring states in late May, part of the process preparing for a fifth round of negotiations aimed at achieving “a just, lasting and mutually acceptable political solution.”