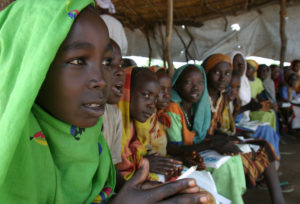 Malawi is on course to eradicate the deadly HIV/AIDS infection virus, said Jay Levy, the US doctor who co-discovered the AIDS virus 35 years ago.

At least 10 percent of the southern African nation’s population has HIV. In 2013, some 48,000 people in this country of 16 million died from HIV-related illnesses.

However, according to Jay Levy, a University of California researcher, Malawi could be one of the countries in Africa on target to eradicating the infection.

In his words, Malawi is not a rich country, but has done a remarkable job in reducing HIV infections and deaths from AIDS.

The renowned virologist cited the Malawian government’s efforts in increasing access to treatment, mother to child transmission interventions, and awareness on prevention and treatment as some of the steps that are helping to fight the disease.

Malawi’s national HIV/AIDS prevalence dropped to 8.8 percent in 2016 from 30 percent in 1985, according to official figures.

The country’s treatment program, which began in 2004, has reportedly saved 260,000 lives. Crucially, it has seen a 67 percent reduction in the number of children acquiring HIV.