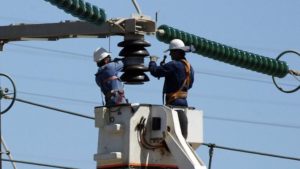 Under two concession agreements signed in Yaoundé with the Ministry of Water and Energy, SONATREL takes over from ENEO, a concessionaire of the public electricity service and a subsidiary of the British group ACTIS.

ENEO was in charge of all segments of the energy sector in Cameroon, from production to distribution, and transportation.

Following the creation of SONATREL two years ago, the Central African nation has embarked on an extensive program to upgrade its power transmission and distribution network.

The Minister of Water and Energy, Gaston Eloundou Essomba, who was present during the signing of the agreement, tasked SONATREL to build all the needed infrastructure to have energy in sufficient quality and quantity for the population.

He also called on the public-owned company to improve the transit capacity of existing transmission systems and reduce transmission losses estimated at 40 per cent.

This change in the electricity sector in Cameroon is in line with the country’s 2016-2022 plan meant to upgrade the electricity transmission network and reform the sector.

The country last month received a financial contribution of about CFA200 billion from the World Bank, with a view to implementing this program, whose total budget is estimated at around CFAF 900 billion.