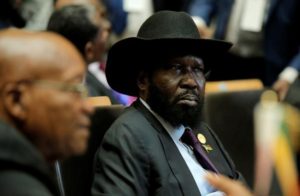 South Sudan peace talks in Ethiopia have ended on Wednesday without a deal. The conflicting parties on Monday agreed on only three issues out of over 11 demands raised by the opposition in Addis Ababa.

According to Information minister Michael Makuei, the warring parties had agreed on cantonment of troops near Juba, unifying all the forces into one army and cessation of hostilities.

After five days of closed-door meetings, they failed to agree on the timelines when the different fighting groups should be integrated into one national army.

The five-day talks were mediated by South Sudan religious leaders after, in February 2018, faith-based groups requested the Intergovernmental Authority on Development [IGAD] that has been leading the talks to give South Sudanese an opportunity to discuss these issues among themselves.

IGAD in a statement on Wednesday said the talks ended after “several attempts to narrow the gaps between the positions of the parties” proved fruitless.

The opposition rejects the recognition of the 32 states created by President Kiir, saying it goes against the terms of the 2011 constitution and the 2015 peace agreement.

South Sudan’s cabinet affairs minister and head of the government negotiating team, for his part, said the government remains committed to the revitalization forum based on the June 12, 2017, resolution of the IGAD heads of state and government.