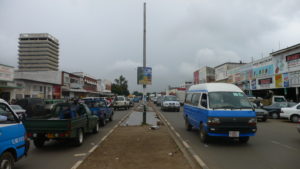 Zambia’s finance minister has urged South African firms to invest in roads and power plants in the Southern African nation after it suspended borrowing indefinitely.

Zambia was expecting to secure a $1.3-billion loan from the International Monetary Fund this year, but the Washington-based lender is unhappy with the country’s borrowing plans. The IMF has rejected Zambia’s borrowing plans, saying they risk making it harder for the country to sustain its debt load.

The Zambian government and banks have drafted a plan to support infrastructure projects in the country with an initial pledge of $1.2 billion, officials said.

According to Zambia’s Finance Minister Margaret Mwanakatwe who was speaking at a trade and investment forum, Zambia had huge investment opportunities in transport and energy sectors.

She said the government took a decision to stop borrowing after it realized that continuing to borrow was unsustainable. The measures, she said, were undertaken based on a debt sustainability analysis that confirms a need for the African country to bring down the debt risk to a moderate level.

Mwanakatwe, last week, said Zambia’s fiscal deficit for 2018 was estimated to likely surpass the 6.1 percent projected in the budget, due to continued borrowing pressures.