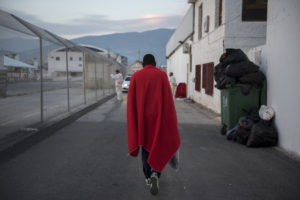 Morocco and Tunisia have made it clear that they are opposed to the establishment on their territories of migrants’ reception centers as proposed by the European Union.

EU leaders early Friday agreed on new measures to tackle the floods of migrants embarking on the difficult journey to reach the coasts of Europe. One decision made by the EU concerned the establishment of reception camps on the African continent, namely in countries in the South of the Mediterranean.

Immediately after the news surfaced, Morocco formally rejected the creation of such migrants’ reception centers in the Kingdom, deeming the measure unhelpful to address illegal migration.

“Morocco rejects and has always rejected these kinds of methods for managing the issue of migration flows,” Nasser Bourita said in Rabat Friday after meeting his visiting Spanish counterpart Josep Borrell.

Tunisia will not be a place for the planned centers, Khemaies Jhinaoui said.

“We are naturally against the establishment of reception camps. It was not proposed to Tunisia, and if they proposed, we think that there will be other ways to solve migration crisis,” he said.

“This subject will not be sorted out by rejecting others, creating reception camps. There is a need for a win-win partnership for the interest of Europe and also for all countries in the South,” he added.

Algeria also said it will not accept centers for illegal migrants on its soil.

The Algerian Foreign Minister said Algeria will not accept hosting such centers, noting that Europeans are looking for where to place their centers.

The Maghreb countries’ criticism of the camps was echoed by the International Organization for Migration (IOM) which also lambasted the proposal arguing that the camps should they be set up, should be in European countries.

“Any solution to the problem related to migration management must be a European solution,” said Leonard Doyle, a spokesman of the UN agency.