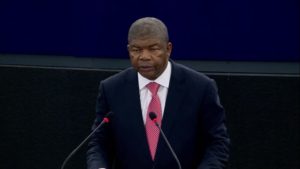 Angolan President João Lourenço has addressed the European Parliament in Strasbourg for the first time on Wednesday.

During the 15-minute speech, which was broadcast on the parliament’s website, the former defense minister of Angola has called on the European Union to help African countries maintain democratic institutions, invest in basic care, fight corruption and open up to foreign investment.

Children of Africa leave the continent as migrants, they leave voluntarily, that’s something we hear but that’s open to debate.

João Lourenço also called for a paradigm shift in cooperation between the two sides. He called on the European Union to establish with Africa a cooperation that in the medium and long term can help to reverse the current situation, which will help “our countries to go from being mere exporters of raw materials to producers of manufactured products.”

Popularly known as “the terminator,” the 64-year-old Lourenço is one of several African leaders who have put fighting graft at the center stage of their policies.

During his speech on Wednesday, Lourenco reiterated plans to sell stakes in state-owned companies and improve transparency in a range of sectors, including the diamond industry.

Since taking over as president in September after the 38-year rule of Jose Eduardo dos Santos, Lourenco has pledged to fight corruption and improve governance in Africa’s second-biggest oil producer.