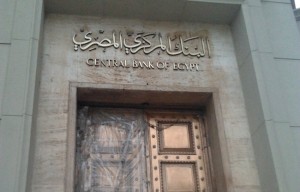 The Egyptian pound has strike a new low against the US dollar, after official exchange rates reached LE7, a rate unseen since 2003, in commercial banks in the country. It marks another turning point in the country’s crisis, despite financial assistance from Qatar and Libya.
Egypt was able to register an increase in its foreign reserves in April, the first after five months, when Qatar deposited $3 billion destined to purchase Egyptian treasury bonds, and Libya deposited $2billion in Egypt’s Central Bank. Tourism and direct foreign investments used to play an important role in providing foreign currency, but they have been very vulnerable in resisting effects of the revolution and the political crisis which followed. This year, tourism has slowly started to recover.
Mohamed Abu Basha, economist at EFG-Hermes investment bank, said the foreign currency given by countries and deposited at the central bank has “not filtrated through to the market to soothe the ever-rising demand.” He ruled out a government intervention in the currency market to remedy the situation because it “already has many obligations in the coming period, such as debt repayment and buying diesel, especially in the summer.”
The Central Bank has been holding periodic foreign currency auctions to conserve its foreign currency reserves rather than freely injecting liquidity into the market. Such practices have forced major companies like Vodafone Egypt to ask their partners to accept Egyptian pounds as payment, when they are procuring network equipment. Retailers are also affected by the scarcity.
Mr. Basha warned that “until Egypt sees a recovery of investment and tourism, the foreign currency liquidity shortage will persist.” Inflation has been on the rise and has reached 8.1 percent in the 12 months to April 2013.