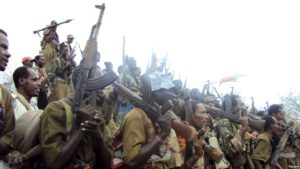 In a press statement, OLF said the unilateral ceasefire was made to accelerate peace talks with the Ethiopian government for a peaceful and negotiated settlement to its political problems, reported the Chinese news agency.

The move comes after the Ethiopian parliament removed the rebel group from a list of banned terrorist groups, as part of the reforms spearheaded by Ethiopia’s new Prime Minister Abiy Ahmed. OLF was on the black list since 2008.

It also comes in the backdrop of the improvement of ties between Ethiopia and Eritrea, which had been locked in a border dispute for around 20 years. It was only last Sunday that the two countries signed a peace agreement formally ending their hostilities and helping resume economic and diplomatic ties.