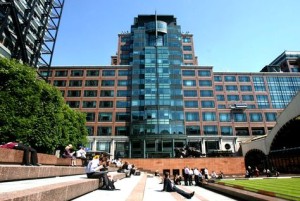 The European Bank for Reconstruction and Development (EBRD) should be deciding on Wednesday whether they will fund oil drilling projects in Egypt with a $40m loan to Kuwait Energy. The latter is expected to drill in five different areas within the country but a group of NGOs have voiced their will against the loan.
The group issued a “warning” to the EBRD to “reject the loan or at least postpone its decision.” The group, which includes Egyptian Centre for Economic and Social Rights, the Egyptian Initiative for Personal Rights, and European groups CEE Bank watch and Platform said that these projects are located at “the edge of the Red Sea, in Upper Egypt on the border with Sudan and in the desert near Marina on the North Coast.”
The campaign of the NGO’s against the oil drilling projects is due to the blurriness concerning the issue. They are asking EBRD to keep on to its loan until it properly identifies “the beneficiary of the loan, or the country where it is incorporated” because Kuwait Energy is incorporated in the United Kingdom tax haven island of Jersey. Neither the bank nor the oil-drilling firm has reacted to the claims made by the group of the NGOs. Officials of EBRD will meet to tomorrow to decide if they will give the loan to the firm for the projects. The NGOs said the activities of Kuwait Energy “will fail to improve developmental or social justice in Egypt.”
The EBRD is criticized for not abiding by its words and acting as a promoter of poverty, inequality and social injustice. The NGOs stated that “EBRD claims to prioritize renewable energy” but in reality, it shows a commitment to further oil and gas extraction.”