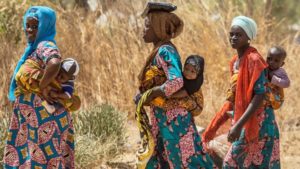 President Magufuli, who is an advocate for large families and huge populations, told citizens attending a recent rally, to keep reproducing as the government was increasing investment in the health sector.

“I see no reason to control births in Tanzania,” Magufuli said in a speech, according to The Citizen daily newspaper.

Magufuli, who was speaking in the presence of the health minister and the United Nations Populations Fund representative in Tanzania, urged Tanzanians to ignore bad advice.

“Women can now give up contraceptive methods,” Magufuli said.

In 2016, soon after the implementation of free education policy for primary and secondary schools, Magufuli, who has two children, said Tanzanians can give birth to as many children as possible because education was no longer expensive.

On average, a woman in Tanzania has more than five children, among the highest rates in the world, according to the BBC.