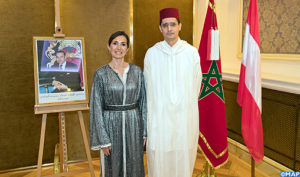 Morocco was elected Thursday as member of the Board of Governors of the International Atomic Energy Agency (IAEA), at the 62nd session of the General Conference of the Agency, held in Vienna.

Morocco, which has received unanimous support from the African group, will sit on the Board of Governors for a two-year term from 2018 to 2020.

This election to the IAEA Council of Governors reinforces Morocco’s position within the United Nations system. The Board of Governors is one of the two policy-making bodies of the IAEA, along with the annual General Conference of IAEA Member States.

Ambassador and Permanent Representative of Morocco to the IAEA in Vienna, Lotfi Bouchaara, who presented on Wednesday the Kingdom’s candidacy during the General debate, affirmed that “Morocco’s mandate is meant to serve Africa and all Africans,” the Moroccan Embassy in Vienna said in a statement.

Thanks to the support of the IAEA, Morocco has developed its national expertise in various fields, which allow it today to exchange its experience with other Member States, particularly African countries, the diplomat added.

“The Kingdom of Morocco seeks through its membership to the Board of Governors to continue resolutely its commitment to support the role of the agency in technical assistance especially for African countries,” he said according to the statement.

Morocco will spare no effort to promote dialogue, negotiation and multilateral action at the Board of Governors in the areas of nuclear technology transfer, nuclear safety, security and technical cooperation, Bouchaara pointed out.