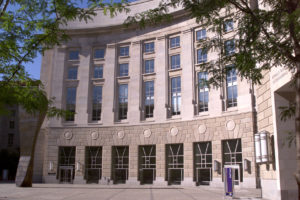 The African Union will hold an extraordinary summit next November in Addis Ababa, Ethiopia, to focus mainly on the reform of the organization, AU Commission President Moussa Faki Mahamat.

Among the major axes of this reform is the financial independence of the African Union. Indeed, the AU is reliant on foreign donors to fund its day-to-day operations and activities.

In 2017, AU member states only funded 14% of the institution’s budget. This share was even lower in 2012 representing only 3% of the budget.

In addition, due to inequalities in contributions between member countries, 48% of the AU budget depends on contributions from only five states: Nigeria, South Africa, Algeria, Angola and Egypt.

According to Moussa Faki Mahamat, the AU as well as finance ministers from AU member countries are working towards generating a comprehensive plan for funding the AU to decrease dependence on external resources, with the goal of developing and fully implementing a new AU financing plan.

Last year, the Heads of States of the continental bloc have adopted a self-financing mechanism. The mechanism, known as the ‘Kaberuka Proposal,’ is aimed at raising $1.2 billion annually to finance Africa’s development projects.

The formula was proposed by former African Development Bank President Donald Kaberuka. Its implementation was expected to start this year but is likely to take longer to implement as some countries are not ready to adopt the proposal.

Under the new formula, countries’ contributions would be increased through 0.2 per cent levy on eligible imports, which is expected to raise about $1.2 billion every year.

A number of countries have asked for additional time to get ready, citing reasons such as binding commitments while others require legislative procedures in their countries.