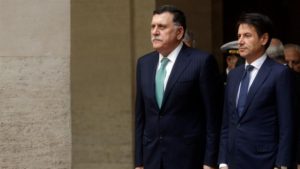 United Nations Special Envoy to Libya, Ghassan Salamé, on Monday said violence in the North African nation had forced a postponement of the election date.

Speaking on the sideline of the ongoing Palermo conference in Italy, Salame said the election would be held between late March and late June. The envoy said 80 percent of Libyans insist on having elections.

“We want to ask at the national conference: what type of election do you want, parliamentary or presidential, and what kind of law,” he said.

Egyptian President Abdel Fattah el-Sisi and his Tunisian counterpart, Beji Caid Essebsi, are among a number of leaders who are attending the conference. Delegates from France, Russia, the United States and other regional players are represented at the meeting.

According to Al-Jazeera, delegates on Monday discussed both economic and security measures in a series of working groups led by the UN mission to Libya (UNSMIL) and the Italian Ministry of Foreign Affairs.