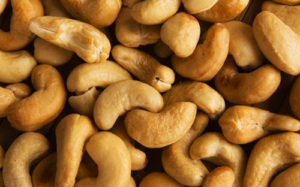 According to a government statement, President Magufuli, aka as the Bulldozer, has ordered soldiers to buy up the estimated 220,000 tons of nuts at $1.44 per kg, higher than the price companies were willing to pay.

The state-owned Tanzania Agricultural Development Bank was ordered “to release the necessary funds for the purchase of these cashews,” the statement said. The state-owned cashew processing plant, where raw nuts are shelled, is also to be taken over by the army.

The Tanzanian government’s move could lead to a global shortage as the East African nation exports 75 percent of the region’s cashew crop, according to the International Nut and Dried Fruit Council Foundation.

Tanzania’s export revenues doubled to $540 million last year from $270 million in 2016, official data shows. President Magufuli, accused by his critics of becoming increasingly authoritarian, restores industrialization to the heart of governmental policy in a way unseen since the 1970s.

Domestic processing and tax revenue is central to that plan as is government discipline, thrift and tax collection.

The Bulldozer has also fired thousands of officials deemed corrupt or underperforming. Salaries that had been paid to 13,369 ghost workers were halted and those involved punished.

Analysts and investors warn the president’s combative approach is putting at risk what has been one of sub-Saharan Africa’s fastest-growing economies.