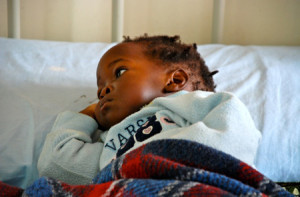 A Moroccan foundation operating in the prevention and treatment of cancer has donated batches of medicine to Mali, Burkina-Faso, Côte-D’ivoire, Senegal and Gabon destined to children suffering from cancer in these countries.
The announcement was made during a ceremony at the Rabat headquarters of the Moroccan foundation, the Lalla Salma Foundation for the Prevention and Treatment of Cancer, chaired by the spouse of Morocco’s King.
This assistance is part of an overall program seeking to upgrade medicare for cancer-affected children in the countries of the region. The program, devised at the recommendation of an international conference organized by the Lalla Salma Foundation in Marrakech in January 2012, is being carried out in collaboration with the French-African Paediatric Oncology Group.
In addition to the donation of medicines, the Lalla Salma Foundation helps African countries improve the skills of health workers through their training at the African School of Paediatric Oncology. The training targets the improvement of the management of childhood cancer in low-and middle-income countries. The first Intensive Paediatric Oncology training course was held in Marrakech in July 2012. The course, adapted to the needs of the African diagnostic and therapeutic practice, targets paediatricians, general practitioners, pathologists, radiologists, surgeons and biologists who are thus trained to how to take care of a child with cancer in North Africa and sub-Saharan Africa.
This first course had been attended by 30 paediatricians, surgeons and general practitioners from 13 African countries.
Fourteen African countries have sought collaboration with the Lalla Salma Foundation in matters of cancer prevention and treatment and many agreements have been signed in this vein.
The Moroccan foundation has already launched partnership programs with seven countries, namely Burkina Faso, Côte d’Ivoire, Gabon, Mali, Mauritania, Niger and Senegal. This partnership covers all aspects of the fight against cancer: development of structuring programs, support for opening cancer centers, training, and implementation of strategies for early diagnosis and treatment of most common cancers. The foundation also helps its partners set up structures to support children with cancer and their families.
Often known as a rich-country disease, cancer in fact kills more people in developing countries. Yet another injustice is that a child diagnosed in a developed country has an 80% chance to survive for five years, while the rate in countries with limited resources stands at 20% on average and may fall to 10% in the least developed countries. Besides, the five most common forms of cancer in children are those for which there are effective treatments.
Each year, over 175,000 children have to struggle with cancer and 90,000 of them die from it. To improve survival in developing countries, more cooperation is needed both at the regional and international levels.