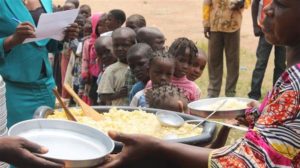 In particular, a comprehensive approach is needed against the Lord’s Resistance Army (LRA) as the African Union works to replace its ongoing initiative against the rebel group, said Francois Lounceny Fall, the Special Representative of the Secretary-General for Central Africa and the head of the UN Regional Office for the region (UNOCA).

Replacing the AU’s initiative to neutralize the LRA, should not leave a security vacuum that the group could exploit to relaunch and intensify its campaign of violence, he said in a briefing to the Security Council.

Mr. Fall said that the Nigeria-based Boko Haram extremist group was also a malicious threat to the region that the international community needed to watch carefully, as it continues to launch “indiscriminate attacks” against security forces as well as civilians.

Efforts to stamp out Boko Haram should also focus on addressing the root causes of the insurgency, said the UN envoy.