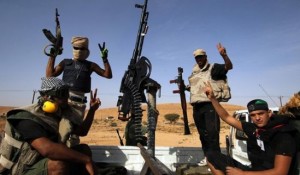 A delegation from the Arab league headed by Deputy Secretary-General, Ahmed Ben Halli, has met with Libya’s Foreign Minister, Mohamed Abdulaziz, to discuss the way forward. Issues such as security and the election of the 60 members of the constitution draft committee were discussed among others.
According to sources, the Arab league is concerned about security in Libya because it believes that the North African country is going through a transitional period towards the establishment of a state with institutions and the rule of law.
Libya has already applied for a partnership with the Organization for Security and Cooperation in Europe (OSCE) in order to remedy the security fears but the application is yet to be approved. Egypt, Tunisia, Algeria and Morocco are already partners. Being a partner means that Libya will receive support not simply on security, such as arms and border control, but will also be assisted in promoting human rights, freedom of the press and fair elections.
The Arab League however wants an effective justice system with courts and prisons of international standards to quell violence and pave the way for  national reconciliation and dialogue.
The league helped Libya organize elections for the General National Congress in 2012 and it is now hoping to help it improve its relations with international bodies, including the African Union and the European Union.
The two sides also discussed Libya’s upcoming presidency of the Arab league Council of Foreign Ministers as well as burning issues like the Syrian civil war and the mass demonstrations in several cities in Egypt.
About Geraldine Boechat 2032 Articles
Senior Editor for Medafrica Times and former journalist for Swiss National Television. former NGO team leader in Burundi and Somalia