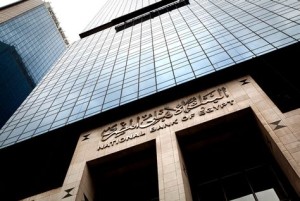 Government officials in Cairo have claimed that the State-owned Egyptian General Petroleum Corp. (EGPC) is close to acquiring a letter of credit from the National Bank of Egypt (NBE). It will serve as a guarantee necessary for the million dollar oil supply deal with Tripoli, but remain worried about the cautious approach of Libya, being involved in the Egyptian economic crisis as it also reserves doubts if a guarantee from a state bank is strong enough to overcome the risk of any losses.
The finalizing of the deal is needed by Egypt, following Iraq’s withdrawal due to similar concerns. Fuel shortages have remained unsolved since 2012, and they have resulted in the increase of goods and commodities prices, while blackouts remain frequent and continue to last longer. Mahmoud Montaser, NBE’s board member, said they have received a guarantee from the finance ministry to support EGPC’s request and “hopefully the letter of credit will be issued soon.” The million barrels per month of crude oil deal in March has been delayed due to the lack of guarantee, and a Libyan official was quoted saying that they “will require…guarantees from the central bank of Libya” because the NBE is “not a triple A bank” giving signs that its letter could be rejected.
The deal is accompanied by a generous credit term of up to a year, which would help Egypt with both its fuel shortage and its cash flow problems, which continues to have negative impacts on other sectors. Local demand is rising in Egypt and the situation worsened by a drop in its hydrocarbon production.