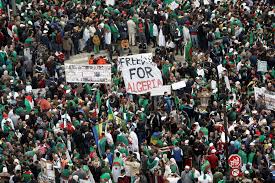 As protests against the power grab of the army continues in Algiers, the regime tries to white-wash itself by taking scapegoats among allies of outgoing President Bouteflika.

In this connection, a court in Algiers has ordered the detention of five business people including head of Cevital conglomerate Issad Rebrab as justice probe individuals connected to former President Abdelaziz Bouteflika.

Rebrab and four members of the wealthy Kouninef family were heard by Sidi M’hamed (Algiers) court Sunday. The men are suspected of fraudulent misrepresentation.

Rebrab known as the richest man of the Maghreb region heads the family empire operating in food and sugar business. Cevital has a multiple business portfolio and imports raw sugar from Brazil and exports white sugar to neighboring Tunisia and Libya, and elsewhere in the Middle East.

He has accused the Algerian regime of blocking the development of some of his businesses and recently joined protesters who have been demanding the fall of the entire Bouteflika regime.

Chief of Staff of the Algerian army Gaid Salah promised to crackdown on figures that abused power to enrich themselves but protesters in the street reject the army’s power grab demanding a radical reform ending with the older generation that sapped Algeria’s wealth.

The marches that have been marked by their peaceful character are turning violent after authorities resumed ¬forcibly dispersion of peaceful demonstrations and arbitrarily detentions, Human Rights Watch said.

“The government crackdown is an apparent attempt to curb the massive pro-democracy marches that have taken place weekly since February 2019” it said.

Algerian authorities imposed a decree in 2001 banning all demonstrations in Algiers.