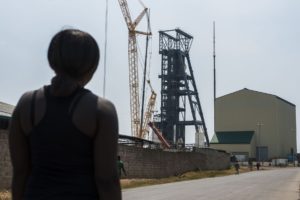 Zambia’s Mopani Copper Mines, owned by mine giant Glencore, plans to close two shafts at its Nkana mine in Kitwe.

According to unions, the move could affect more than 2,000 workers.

Mine Workers Union of Zambia (MUZ) President Joseph Chewe said the closure of the two shafts would affect 600 direct employees.

Other union sources interviewed by Reuters said 1,500 contractor employees would also lose their jobs because of the closure.

The company said in a statement it would cease operations at the Mindola north and central shafts of the Nkana mine and instead focus on other activities.

The company said the shafts had reached the end of their economic life and their closure had always been planned.

“We believe this approach will enable us to focus on achieving both safe and productive,” it said.

The government sent a team of engineers and geologists to the mine to verify Mopani’s reasons for the planned closure, Mines Minister Richard Musukwa said in a speech broadcast on state-owned ZNBC TV.

He said the government has directed that Mopani must surrender North Shaft and Central Shaft to local Zambian contractors, instead of putting them on care and maintenance.