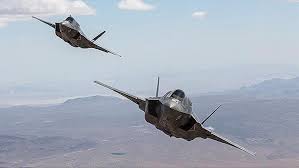 In coordination with the Federal Government of Somalia, the US Africa Command (AFRICOM) conducted an airstrike on Al-Shabaab insurgents after they attacked a Somali patrol northwest of Kismayo, Lower Juba Province, Somalia on Sept. 17, AFRICOM said in a press release Wednesday.

At this time, it is assessed the airstrike killed two terrorists, the Africa command said, adding it is assessing that no civilians were injured or killed as a result of this airstrike.

AFRICOM will continue to work with its partners to transfer the responsibility for long-term security in Somalia from AMISOM to the Federal Government of Somalia and its Member States, the press release added.

The airstrike was launched as the AFRICOM commander General Stephen Townsend was undertaking his first multi-country regional visit to West Africa.

He already visited Mali on Monday and Burkina Faso on Tuesday.

While in Bamako, Townsend met with President Ibrahim Boubacar Keïta and senior Malian military leaders to discuss defense and security-related issues related to the complex and evolving threat environment in the Sahel.

US military funding to the G5 Sahel Joint Force provides equipment, training, and advisory support to allow G5 members to operate, protect, and maintain mobile infantry forces in their fight against violent extremist groups in the region. In addition to the Joint Force support, AFRICOM provides bilateral assistance to strengthen the military, justice, and law enforcement capabilities of the G5 partners.