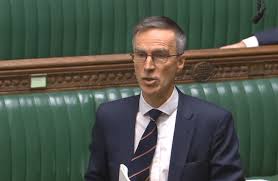 British Minister for North Africa & Middle East, Dr. Andrew Murrison, renewed on Tuesday in Rabat his country’s “full support” to the UN-led process engaged for the resolution to the Sahara issue, commending the “serious and credible” efforts made by Morocco in this regard.

“We fully support the UN-led process as well as the serious and credible efforts made by Morocco in this regard”, said the minister in a press statement following his meeting with Morocco’s foreign minister Nasser Bourita.

Mr. Murrison made the remarks on the occasion of the second Morocco-UK Strategic Dialogue convened in Rabat to give a new impetus to the cooperation ties between the two countries.

The meeting comes as London prepares to leave the European Union without a deal, seeking to enhance economic and commercial cooperation with its valued international partners to limit the impacts of a hard Brexit.