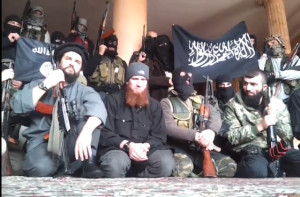 The kingdom of Saudi Arabia is being accused of supporting and encouraging Yemenis to go to war in Syria, by seducing them with financial gains according to Yemeni tribal sources.
Yemenis mostly leave for Saudi Arabia to search for greener pastures, but a report from Yemen’s al-Jomhour newspaper citing informed tribal sources claiming that Saudi authorities have set up several military camps in the kingdom to recruit fighters for the Syrian rebels. Huge amounts of money are used to convince them to be trained at these camps and sent to fight with the rebels. Only expatriates leaving on its territory are being recruited and trained for the moment.
Saudi Arabia, along with its neighboring Gulf Arab states, has been very instrumental in helping the Syrian rebels in their quest. Analysts consider their support is based on Islamic secular ties. Reports continue to claim that the rebels have been receiving arms and financial support from these states. Although Qatar is also active against Assad, allegations of recruiting fighters for the rebels are yet to surface. Riyadh has not officially reacted to the story. Saudi Arabia is reported to have sent another contingent of weapons to the rebels, with suspicions of providing anti-tank missiles. The United States is also gearing up to supply the rebels with weapons.
Syria’s unrest started as demonstrations against the regime in Damascus before turning into a war, and seems to be far from over as rebels turn their guns against each other.