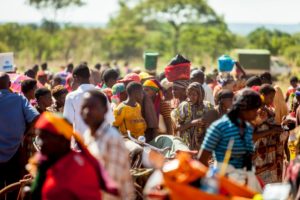 Burundi has announced a return of its refugees from Tanzania this week as part as a mass repatriation planned by the two governments.

According to Nestor Bimenyimana, the Burundi government’s general manager for repatriation, about 1,000 refugees are in the first group.

Burundi and Tanzania agreed in August that repatriations of 200,000 Burundi refugees in Tanzania would start on Oct. 1.

Burundi was plunged into a crisis in April 2015 when its president, Pierre Nkurunziza, whose regime has been widely accused of rights abuses, declared he would seek a third term in office.

He was re-elected in July the same year, but the unrest sparked by his announcement, followed by a crackdown, traumatized the country.

At least 1,200 people died, according to the International Criminal Court (ICC), which has opened an inquiry into alleged crimes against humanity.

Over the same period, more than 400,000 have fled abroad, predominantly to Tanzania, Rwanda and Democratic Republic of Congo.

Tanzanian Interior Minister Kangi Lugola said, “In agreement with the Burundian government and in collaboration with the High Commissioner for Refugees, we will start the repatriation of all Burundian refugees on October 1.”

The United Nations and rights groups have said they fear the governments may force the refugees to return home to a dangerous environment where they face political persecution.

The March 2018 deal, gathering Tanzania, Burundi and the UNHCR, covers refugees who wish to return on a voluntary basis.