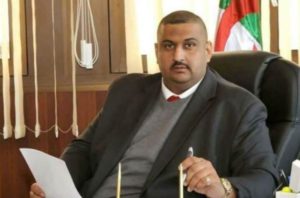 An Algerian lawmaker on the run after losing his immunity at a request from justice, has been arrested.

Baha Eddine Tliba, from Annaba governorate, of ruling National Liberation Front (FNL) was scheduled to appear in court on October 6.

The man dubbed “the Qatar Emir of Annaba” has been indicted for illegal funding of former President Abdelaziz Bouteflika’s controversial candidacy for April elections and several candidates during the 2017 local and legislative elections.

The Algerian parliament in September stripped Tliba off his immunity at the demand of the Justice. The lawmaker reportedly fled to Tunisia by road.

Security forces launched search to arrest him. It is unclear where Tliba was arrested as other reports say he was nabbed in El Oued province.