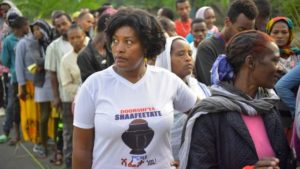 Ethiopia’s Sidama region has voted overwhelmingly to form a self-governing administration as many of the country’s ethnic groups demand greater autonomy.

More than two million people in what is known as the Sidama zone voted on whether they want their own regional state within Ethiopia’s federal system.

According to the country’s electoral board, the people have voted overwhelmingly for a new federal region, with 98 percent choosing an autonomous rule.

The official results were released on Saturday by Wubshet Ayele, deputy head of the National Electoral Board, in the regional capital Hawassa, roughly 200km (125 miles) south of the national capital, Addis Ababa.

The Sidama people – who number more than 3 million – have demanded for years to leave the diverse Southern Nations, Nationalities and Peoples’ Region (SNNPR).
Prime Minister Abiy Ahmed said the move was an “expression of the democratization path Ethiopia has set out on.”

Since coming to power in April 2018, Prime Minister Abiy has been praised for his wide-ranging liberalizing reforms.

Ethiopia, once one of Africa’s most repressive nations, has been undergoing rapid changes since Abiy was appointed. He has transformed what was considered a tightly controlled security state.

He also spearheaded a peace process with long-time foe Eritrea – a move that won him this year’s Nobel Peace Prize.