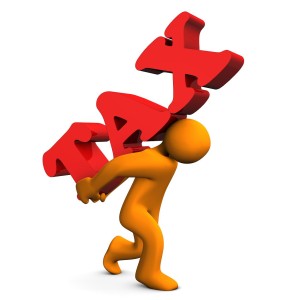 Finance Minister, Elyes Fakhfakh, has revealed that Tunisia has lowered its taxation categories in its national budget for 2014. Although some categories have not been affected, some will begin to pay more than they are used to in taxation even though their salaries remain stagnant.
Citizens who earn below 5,000 dinars ($3,037) per annum will be relieved from paying tax but those who earn above 40,000 dinars ($24,294) will be experiencing an increment in taxation. They will be paying the maximum percentage, 35%, to the state coffers. Before the 2014 budget, only those who earn above 50,000 dinars per annum paid such a percentage. The new taxation rate of 35% is expected to affect a large part of the population.
The Minister believes that they have been losing on revenue due to the absence of documentation of many purchases; thereby escaping taxation. Henceforth, the government has set aside means to enable it trace business transactions and the collection of taxes.
Minister Fakhfakh announced the introduction of a gradual transaction adaptation policy that businesses should adhere to. In 2014, all transactions above 20,000 dinars shouldn’t be done with cash but rather through checks or bank transfers. This will allow the government to apply taxes. The amount is expected to gradually fall to 5,000 dinars by 2016.
Tunisia’s economy has been struggling after the Arab Spring. The government is counting on external assistance to overcome its economic challenges. It is seeking for assistance between 300 and 500 million euros from the European Union. Unemployment and inflation are rising while cash reserves are dwindling.
Political instability has led to negative assessments by major credit ratings. Elections are also fast approaching but political parties are interested in the debate over the immediate resignation of Ennahda.