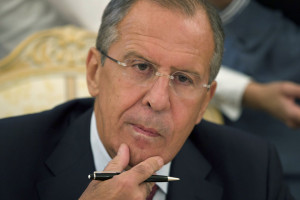 Foreign Minister Mohamed Abdul Aziz has admitted that Libya is still in possession of some of its chemical arsenals that it has inherited from Colonel Gadhafi. He promised that they will be destroyed but some of them will be kept for “peaceful purposes”. The chemical weapons were discovered in Sabha, 700kilometres south of Tripoli, during the uprising against Gadhafi’s regime in 2011.
Libya became a member of the International Convention for the Prohibition of Chemical Weapons (OPCW) in 2004. Gadhafi was having 13tons of mustard gas but declared that the munitions needed to deliver the chemicals were destroyed and submitted most of its stockpile to adhere to the convention. 54% of mustard gas, 40% of chemicals used to manufacture the substance and 3,500 bombs intended to deliver deadly chemicals were destroyed by his regime.
According to spokesman Colonel Ali Chikhi of the Libyan army staff “95% of its mustard gas stocks” has been destroyed so far and efforts are underway “to eliminate the remaining reserves by 2016.” Earlier this month, Libya signed an agreement with the United States for a team of experts to be sent for technical cooperation during the process. The team is expected to arrive in a few days to help them “dismiss the bad picture inherited from the former regime” according to the Foreign Minister.
Only “mustard gas and chemical products considered toxic and dangerous” will be destroyed. Libya’s concentrated uranium or yellowcake will be not included because Libya wants to use them “for peaceful nuclear energy purposes or sold to countries which use the product for peaceful purposes” the minister stated. The Centre for Strategic Studies in Tripoli wants it to be used in “industrial and agricultural development and in the production of clean energy”.