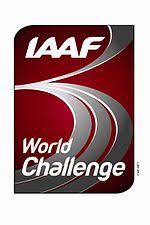 The president of the International Athletics Federation from 1999 to 2015, Lamine Diack, was sentenced Wednesday, September 16, in Paris to 4 years in prison, 2 of which were suspended, for his involvement in a corruption network dedicated to hiding doping cases in Russia.
The 87-year-old Senegalese was found guilty of active and passive corruption and breach of trust and will also have to pay a maximum fine of 500,000 euros.
He is one of the leading figures in world athletics and African sport. But on September 16, 2020 in Paris, the story of Lamine Diack, 87 years old, has definitely taken a different turn. at the end of a long procedure that began in October 2015 and a trial organized in June 2020.
The Senegalese was at the heart of a vast case involving, in particular, a corruption network aiming to defer, in exchange for money, sanctions against Russian athletes suspected of doping.

Released from prison at the end of the reading of the judgment, Lamine Diack announced through his lawyer that he would appeal.

Of the six defendants, all of whom were found guilty, the heaviest sentence was, however, handed down to Lamine Diack’s son, Papa Massata Diack, who remained in Dakar and refused to appear at the trial. The former IAAF marketing consultant was sentenced to 5 years in prison and fined 1 million euros. And the court maintained an international arrest warrant against him.

Lamine Diack and his son were also convicted of collecting undue amounts on IAAF contracts with sponsors. They were ordered to pay 5.2 million euros to World Athletics.