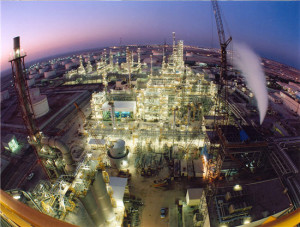 Qatar’s energy minister Mohammed Bin Saleh Al-Sada has stated that there are plans to make Qatar Petroleum (QP) a worldwide leading company in the sector during the launching of a strategy plan of the company. The expansion of the company on international scale is aimed at helping it maintain a respectable market share as suppliers of Liquefied Natural Gas because its major customers are expected to be producing their own or served by a country closer to them to reduce cost.
Most of Qatar’s wealth is derived from the exportation of liquefied natural gas and its petroleum company, Qatar Petroleum, provides more than 50% of the country’s gross domestic product and almost 75% of export earnings. Gas exports earn around $8 billion a month.
Minister Al-Sada wants the company not only to be the world’s largest liquefied natural gas exporter but to also become “a world class oil and gas corporation with its roots in Qatar and a strong international presence.” The plans to push Qatar petroleum to international expansion could be due to the rising concurrence that it will be facing in the next couple of years.
The United States, Australia and certain African countries have been producers and there are huge potentials that their production capacity could continue to rise. The US is expected to exporting liquefied natural gas by 2015 while Australia could be supplying Asia.
To counter the competition, the minister said they “will augment our presence worldwide, in addition to improving sustainability at home and adding to our industrial sector here with a number of mega projects.”
Qatar Petroleum International’s (QPI) global growth to date has been very limited, and the Qatari leadership wants to see QPI extend its reach.