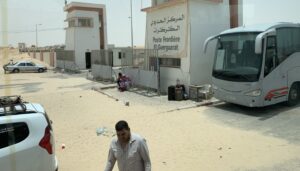 Some 50 Polisario members have once again disrupted the flow of commercial traffic between Morocco and Mauritania in the border crossing of Guergarat triggering a condemnation by the UN chief Antonio Guterres.

Regular commercial and passenger traffic should be maintained between Morocco and Mauritania, he said and warned against measures to alter the status quo in the region, Stephane Dujarric, spokesman for the UN Secretary-General, told reporters in New York.

The crossing is vital for Morocco’s trade with the rest of Africa and has been the target of multiple provocations by the Polisario militias in utter violation of the 1991 UN-brokered ceasefire agreement which identified the area as a demilitarized buffer zone.

“I am concerned about the recent incursions into this zone. I call on the parties to discontinue military activity or presence inside this area,” Guterres said earlier this month in a report to the UN Security Council on the Sahara.

He cited multiple violations by the Polisario and its threats to sap the UN efforts to reach a realistic political solution based on a spirit of compromise.

In the wake of the Polisario’s ceasefire violations and threats to return to arms, Guterres also deplored a worsened cooperation with the Polisario.

“There was a notable decline in compliance with the terms of military agreement No. 1, particularly east of the berm,” Guterres said.

He reiterated that the status of the buffer strip as a demilitarized zone remains a cornerstone of the ceasefire in the Sahara.

Observers see the new provocation in the Guerguerat as a means to cover the disarray within the Polisario ranks as support for their separatist quest wanes both within their rear base in Algeria’s Tindouf and globally.

The Polisario, thrown into the oblivion of continental and international politics, is aware that its Algerian sponsor is in severe economic and political hardship and that over two-thirds of African states support openly Moroccan sovereignty over the Sahara.