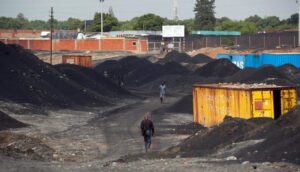 The various memorandum of understanding and mining contracts required by the International Monetary Fund have been published. They both concern Sokimo and Miba. These contracts were signed under the chairmanship of Felix Tshisekedi. Their publication was a prerequisite for the opening of negotiations to sign a three-year plan with the IMF. What do these contracts say?
The talk is about four contracts or memoranda of understanding. There are three with Sokimo, the Mining Company of Kilo-Moto that mines gold in Ituri and one with Miba, the company that mines diamonds in Kasai. A working group of the Extractive Industries Transparency Initiative looked at the first three in mid-September and found flaws that apply to all.
No compliance with tendering procedures or procurement law. The selected partners do not fulfill their obligations, particularly financial obligations to Congolese state-owned companies. Probably because they have neither the financial nor the technical capacity to do so. This is also a violation of the mining code.
The signatories of these contracts, AJ Resources, Pianeta Mining or A§M International Development and Investment, could obtain shares in joint ventures or on very promising operating permits. Another weakness noted is that there are no feasibility studies to certify the resources. This makes it impossible to know precisely what the Congolese government could claim.
It should be noted that other contracts have been published on the EITI (Extractive Industries Transparency Initiative) site, including a 200 million euro loan contract between Gecamines, the state mining company, and Fleurette, the company of Joseph Kabila’s friend Dan Gertler, a contract signed two months before the United States imposed sanctions on the Israeli businessman.