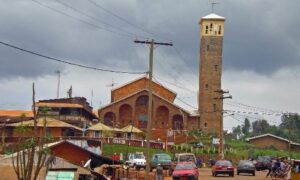 At least ten teachers were abducted on the morning of Tuesday, November 3 from a Presbyterian school in Kumbo, in the English-speaking northwest region. According to corroborating sources contacted by RFI, the unidentified assailants were heavily armed.
According to the testimony of teachers’ unions, it was around 10:00 a.m. Tuesday that armed men entered the grounds of the Presbyterian elementary school in Kumbo. They gathered several dozen students aged 4 to 12, as well as all the teachers of the school, according to sources close to the religious, in order to take them to an undetermined place and to begin negotiations in exchange for their release.
But the civil society of Kumbo and the Presbyterian Church of Cameroon mobilized quickly and obtained, in conditions still unknown, the liberation of the schoolchildren. According to our information, it is indeed the teachers who were targeted. According to local media reports, the kidnappers ordered the children not to return to school.