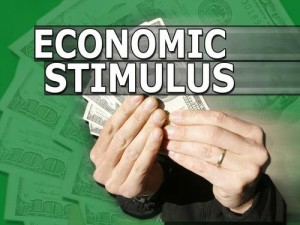 After experiencing what could be the worst crisis since Mubarak stepped down from power, Egypt has revealed its intentions of reviving its handicapped economy. The political crisis took a heavy toll on its economy and financial potentials. The Finance Ministry said a stimulus package of billions of dollars will be set aside to bring the country back on its heels.
The announcement by the ministry signaled that within two months, the government has decided to increase the package to 29,6 billion Egyptian pounds from 22,3 billion. The ministry claimed that the increment will not make the government surpass the 10% budget deficit limit that it has set. It added that the added 7,3 billion Egyptian pounds will be covered by the offers they have received from the Gulf states when the military toppled President Morsi in July.
Saudi Arabia, Kuwait and the UAE promised a total sum $12 billion in loans, grants and fuel shipments after General Al-Sisi brought an end to the reign of the Muslim Brotherhood and replaced it with a military backed interim government.
At the beginning of the month, Reuters quoted the Trade and Industry saying that there will be another stimulus package of at least 22,3 billion Egyptian pounds will be implemented early next year.
In an effort to avoid further protests which have been hampering its recovery, a minimum wage will be fixed next year. The statement released by the ministry stated that will cost an estimated 18 billion Egyptian pounds per annum. It was introduced mid-way through 2013 and requires almost 9billion from the public treasury.
The funds provided by the Gulf States have rescued Egypt from bankruptcy. Saudi Princes have promised to standby Egypt and provide it with financial aid.