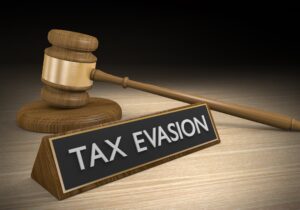 Tax evasion costs Africa more than US$25 billion a year, according to a study conducted by a network of NGOs, including the Global Tax Justice Alliance. In the fight against the Covid-19 pandemic, tax evasion is considered “unacceptable”, as it reduces the revenue that African countries could spend on their health.
Twenty-three billion dollars is the estimated amount that multinationals, local or foreign, operating in Africa have taken away from the countries in which they work. To this sum must be added just over two billion held by rich Africans and hidden in tax havens.
The country most affected by this phenomenon of tax evasion is Nigeria, followed by South Africa, Egypt and Angola. But even a country like Mauritius, which is considered by some to be a tax haven, is a victim of the phenomenon, with an estimated loss of $60 million.
As revealed in a recent OECD report, such evasion is not always illegal since many multinationals, particularly in the mining sector, negotiate favorable tax conditions with states in exchange for their investment. This is what is modestly referred to as tax optimization, a kind of legal evasion, as it were. But whether it is legal or not, this capital flight handicaps countries.
For example, the Global Alliance for Fiscal Justice estimates that in Africa, on average, fiscal justice accounts for half of national health budgets. In other words, in times of pandemic, African countries could hire ten million more nurses per year if the billions earned in Africa had stayed in Africa.