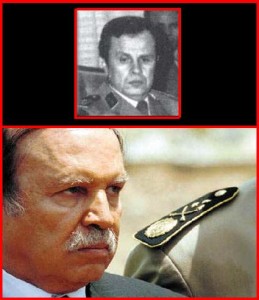 Chairman Amar Saidani of the ruling National Liberation Front party (FLN) has said President Abdelaziz Bouteflika wants to establish a “civil society” by further limiting the role and interference of the powerful intelligence agency in national politics, justice and media. The president is also suspected of wanting to revise the constitution to increase his chances of staying in power before the elections slated for next year.
The Department of Intelligence and Security (DRS) is an important factor in Algeria’s politics. It is claimed that it runs the country’s political backroom and determines the leader of the country. Therefore, a reform of the department could lead to the emergence of a new terrain in the country’s politics.
Chairman Saidani stated that the reforms, which will be pushed forward by Bouteflika before the presidential elections, will prove that “the era of kingmakers is over”. He added that the objective of the reform is to “build a civil state” where the DRS will be restrained to “play its role, but it will no longer get involved in politics, including in the political parties, media and justice”.
Determining the roles of the country’s security agency will require a constitutional reform. Analysts believe that if President Bouteflika carries out the reform before the 2014 elections, he is likely to remain as president for the fourth time. Chief Mohamed Mediene of the DRS is expected to give the president a difficult task in executing the project. Saidani claimed that the reform will put an end to the mockery that “Algeria is ruled by generals”.
Since 1962, FLN has been ruling the country with the support of the intelligence agency. Algeria has more than 100 active political parties.