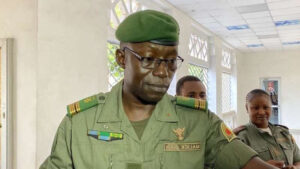 The members of the National Transition Council (CNT) are now known. The list was made public on Wednesday 03 December 2020 on ORTM. The transitional legislative body that will serve as the National assembly is composed of 121 members. The election of the president of the National transition council is scheduled for Saturday 05 December at the CICB. It should be recalled that the decree on the distribution key for the members of the CNT was not unanimous.
The National Transitional Council includes representatives of the defense and security forces, political parties and organizations and the 5 June Movement – Rally of Patriotic Forces (M5-RFP). Members of civil society organizations, youth groups and women’s organizations are also on the list made public Wednesday, December 3. The signatory movements of the peace agreement as well as the inclusiveness movements and human rights organizations have not been left out as well.
Several other strata of society are also represented in this transitional legislative body. These include people living with disabilities, the Diaspora, trade union centers, professional orders and religious denominations.
Traditional authorities and representatives of the consular, cultural and press chambers are also members of the CNT. It should be recalled that the distribution key provided for at least one woman in each of the components of the national transition council. It should also be noted that the national transition council was set up more than two months after the swearing-in of the transition authorities. Its establishment should lead to the dissolution of the National Committee for the Salvation of the People.