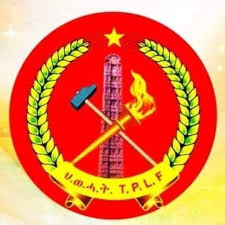 The Ethiopian federal authorities said Monday morning that they are now focusing on legal proceedings against the leaders of the Tigray People’s Liberation Front (TPLF) and humanitarian aid. Addis Ababa wants to give a triumphant image of its Tigrayan campaign. Information to be taken with caution.
The federal government believes it is now working on the arrest of the leaders of the TPLF, the restoration of law and order, and humanitarian aid for civilians. Addis Ababa wishes to organize the return and settlement of refugees and displaced persons, but also to revive transport and communication services. Infrastructure destroyed by the TPLF, according to the government. The federal government claims that the capture of Mekele 10 days ago was carried out without civilian casualties or destruction of property.
Even though communications with Tigray are almost impossible, residents of the regional capital have claimed that the town had no water, electricity or banking services. Witnesses also saw wounded and dead people, as well as houses destroyed by bombing.
The leaders of the movement are still on the run and several sources speak of fighting in several areas. However, the authorities consider that the TPLF is “defeated”, “in disarray”, with “insignificant and insufficient capacity to start an insurrection”.
At the same time, the more time passes, the more the humanitarian situation worsens. The threshold of 50,000 refugees has just been crossed in Sudan and transfers have had to be organised to relieve some of the saturated sites.
Inside Tigray, international aid has still not arrived despite the agreement signed on Wednesday with Addis Ababa. A UN team has even been denied access to the Eritrean refugee camp of Shimelba which it was supposed to visit. The convoy even came under fire before being briefly detained.